Affinité Europe was formed in September 1991 by Duncan Starkey and Louise LeMarquand, both previously Unisys employees. The company initially specialised in software and services for Unisys ClearPath, A and V Series and LINC mainframe users. 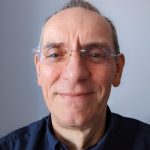 Mark Davies is Customer Support Director at Affinité Europe and has over 35 years experience in the computer industry. He joined Affinité Europe in 1996 from British Gas.

In 2008, Mark Davies took over day to day control of Affinité Europe.

In May 1997, the company expanded into EAE (on any platform) with the Acclaim product, written by Pete Nockels, a well known U.K. EAE expert. Acclaim is an investigation and re-engineering tool for EAE development.

From 2002, we also offered the full range of specialist Unisys A Series & ClearPath MCP automated operations tools from Metalogic.

We also offer a range of services such as Performance Reviews, Capacity Studies, Training, a Capacity Monitoring Programme and Initial Impact Analyses.

Affinité Europe will provide your staff with Skill Transfer expertise to enhance their knowledge and understanding of your system. This will enable greater effectiveness in future performance and capacity management.

The offices of the company are based in West Yorkshire, in the UK.

For over 30 years, the company has established and maintained an excellent customer base, with our users enthusiastic and willing to be referenced.

We use cookies on our website to give you the most relevant experience by remembering your preferences and repeat visits. By clicking “Accept All”, you consent to the use of ALL the cookies. However, you may visit "Cookie Settings" to provide a controlled consent.
Cookie SettingsAccept All
Manage consent

This website uses cookies to improve your experience while you navigate through the website. Out of these, the cookies that are categorized as necessary are stored on your browser as they are essential for the working of basic functionalities of the website. We also use third-party cookies that help us analyze and understand how you use this website. These cookies will be stored in your browser only with your consent. You also have the option to opt-out of these cookies. But opting out of some of these cookies may affect your browsing experience.
Necessary Always Enabled
Necessary cookies are absolutely essential for the website to function properly. These cookies ensure basic functionalities and security features of the website, anonymously.
Functional
Functional cookies help to perform certain functionalities like sharing the content of the website on social media platforms, collect feedbacks, and other third-party features.
Performance
Performance cookies are used to understand and analyze the key performance indexes of the website which helps in delivering a better user experience for the visitors.
Analytics
Analytical cookies are used to understand how visitors interact with the website. These cookies help provide information on metrics the number of visitors, bounce rate, traffic source, etc.
Advertisement
Advertisement cookies are used to provide visitors with relevant ads and marketing campaigns. These cookies track visitors across websites and collect information to provide customized ads.
Others
Other uncategorized cookies are those that are being analyzed and have not been classified into a category as yet.
SAVE & ACCEPT